The Entertainment Software Rating Board is the organization which determines ratings for video games, similar to movies.
Today in this Error Spotlight, we will look at examples of games that were released with incorrect ratings, as well as other issues.
First in the list of misprints is probably one of the most famous:
Gal Gun Double Peace for the Vita, rated E for Everyone for Sexual Content: 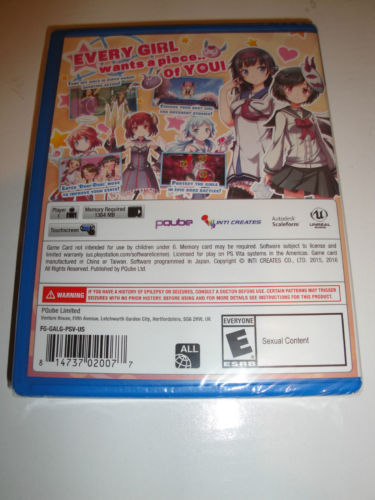 This misprint is very common, and only appears on the back of the package; the correct rating shows on the front.
This most likely happened because they had a default grading for the ESRB box at E and never changed it to M for the back.

Another similar one for the PS1, and a well known one, is Grand Theft Auto, which once again lists the correct M rating on the front.
But the box on the back lists the game as Teen:

Syndicate Wars for the PS1 was rated Teen. This time, on the case everything is fine - the disc however was rated K-A. Another example of not changing a default box to the proper rating.
There was no correct version of this issued: 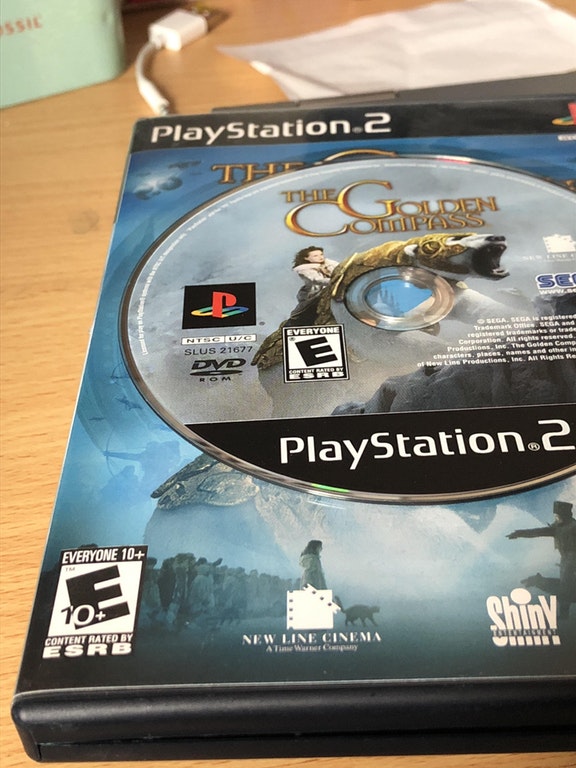 The Canadian version of Socom Tactical Strike for the PSP is rated Early Childhood on the front, but meant to be rated Teen, which can be seen
behind the EC box. It appears as though they just threw the Early Childhood box over the Teen box - it's really unclear as to how this was not noticed beforehand: 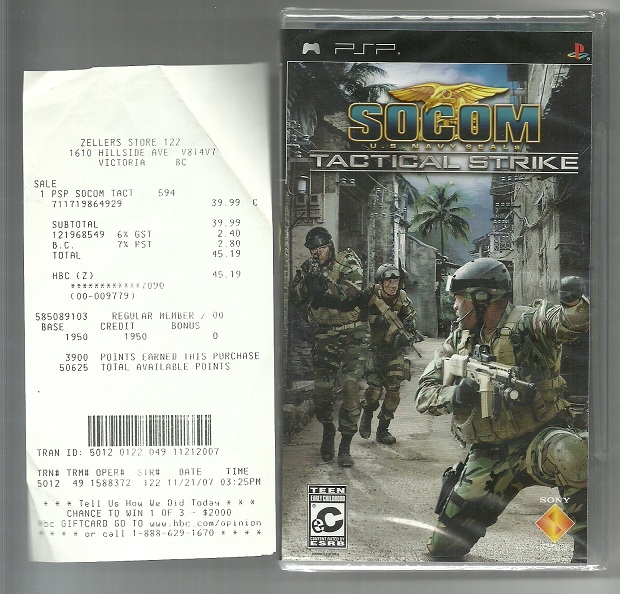 Doom VFR Canadian version for the PS4 has a similar error to most of the prior ones. It's listed as E for everyone for:
Blood and Gore
Intense Violence
Strong Language 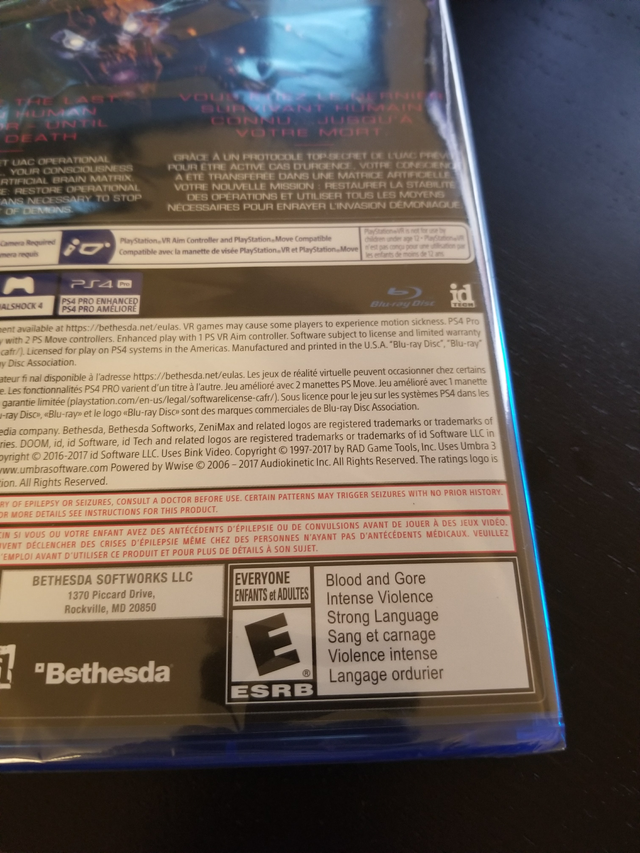 Departing from picking on the ESRB for a bit, let's give a quick look at this copy of No Man's Sky Collector's Edition for the PS4 European Release.
This game was rated with a PEGI rating 7 but it was printed with a rating of 12: 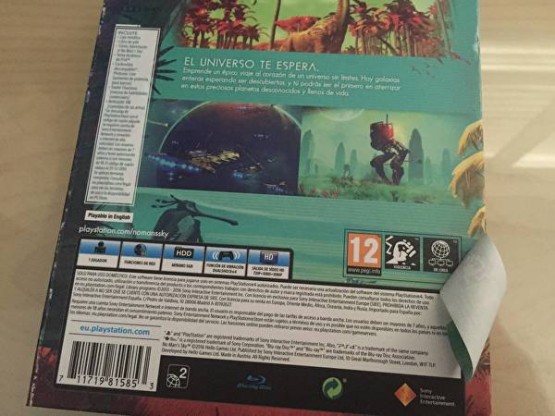 This game also was printed with an internet connectivity icon which became corrected with a sticker with the correct info on it: 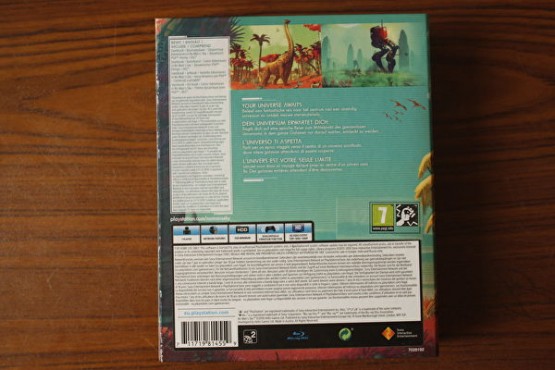 Rebelstar Tactical Command for the GBA has a minor one, with E10+ on the box and Teen on the cart:

Last but not least, we are not looking at a rating error, but an error in the description for Dead Rising Platinum Edition.
This is a common misprint where this M-rated game lists the reasons for it as complete gibberish letters on top of other letters, with no real order to them: 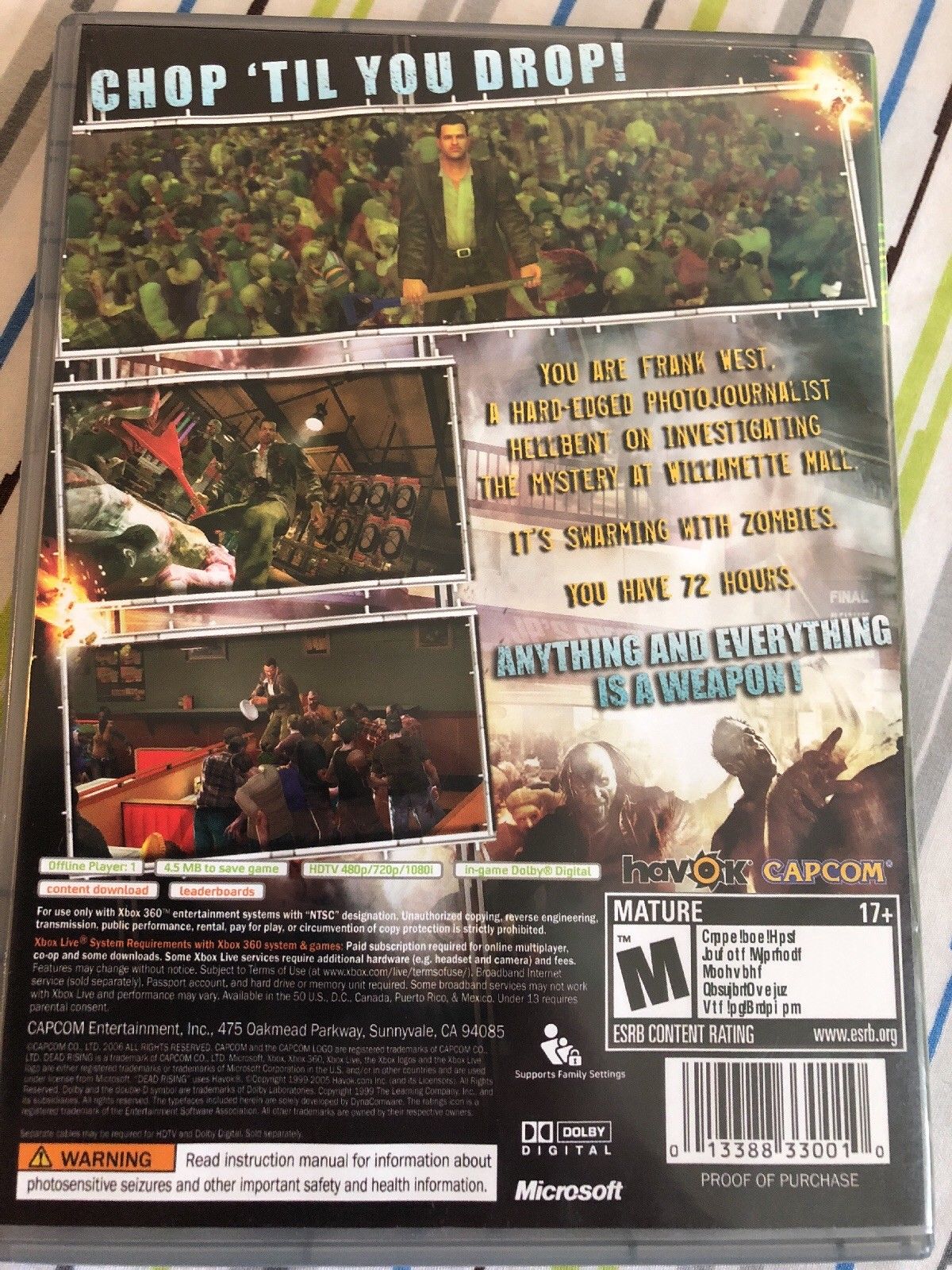 It looks like the text used was placed there before they had the correct data to place in the box:

Mistakes can happen in any part of the manufacturing process including adding the rating on the box and descriptions. If you happen to know of any more feel free to contact me. A big thanks to Sadikyo for editing this Error Spotlight.