What can be said about the original black box NES games? They were the premier games for the Nintendo Entertainment System - the first 30 games, which helped launch Nintendo into the juggernaut it is today. First launching in 1985, these games would be the pioneers, the trailblazers for the games that are released today. Without these games, video games would have died off after the crash of 1983.

In this Error Spotlight, we will be looking at the various errors that happened to these games.

I was going to do this by game, but I think with these, it will be easier to go by error type.

First, I'm going to show what are known as printer justification errors, where one or more of the color layers become misaligned. One of the first ones that I found out about was simply known as 'rainbow pixel' golf, and for a long time after knowing about it, I never knew what it looked like. As you can see, the green color layer is misaligned coloring the stars, and it can be seen in the sports logo and several other places. 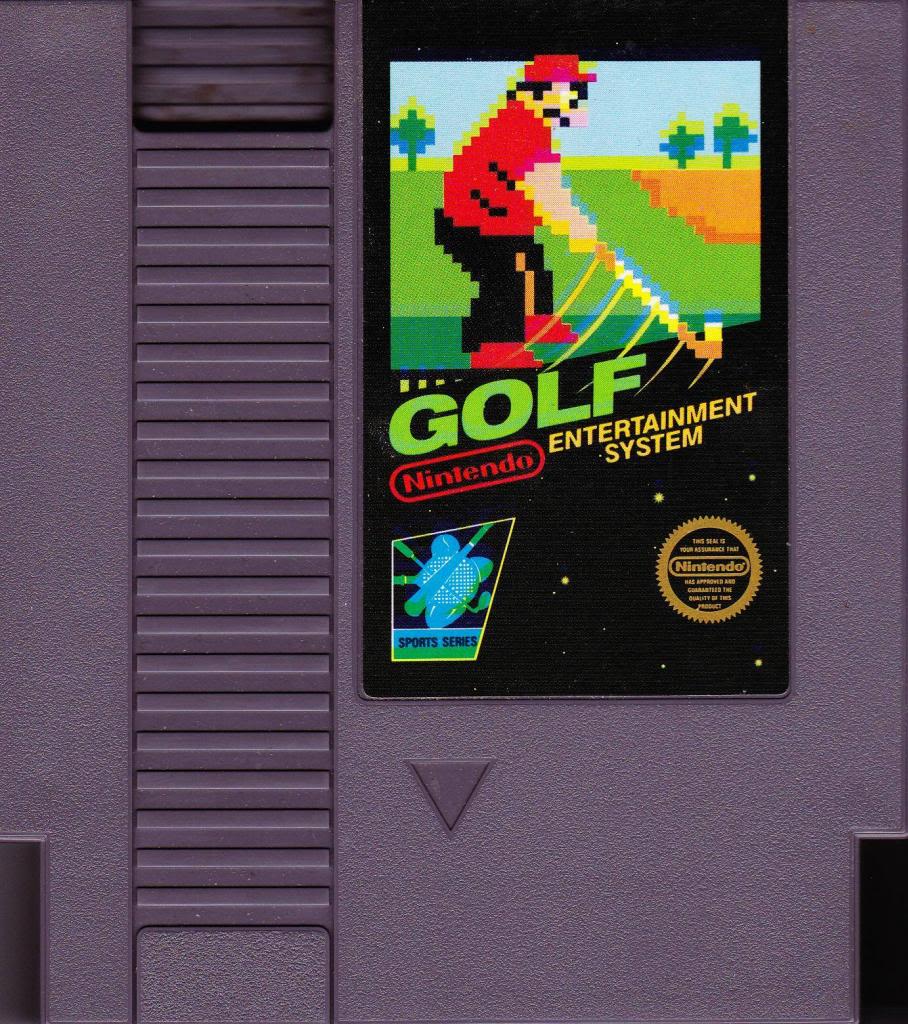 Next up is Baseball. With this cart, it looks as if the black is shifted down quite a bit - you can see in the box where the sports logo should be, the stars are blue. There’s also doubling where the Nintendo logo and title are. 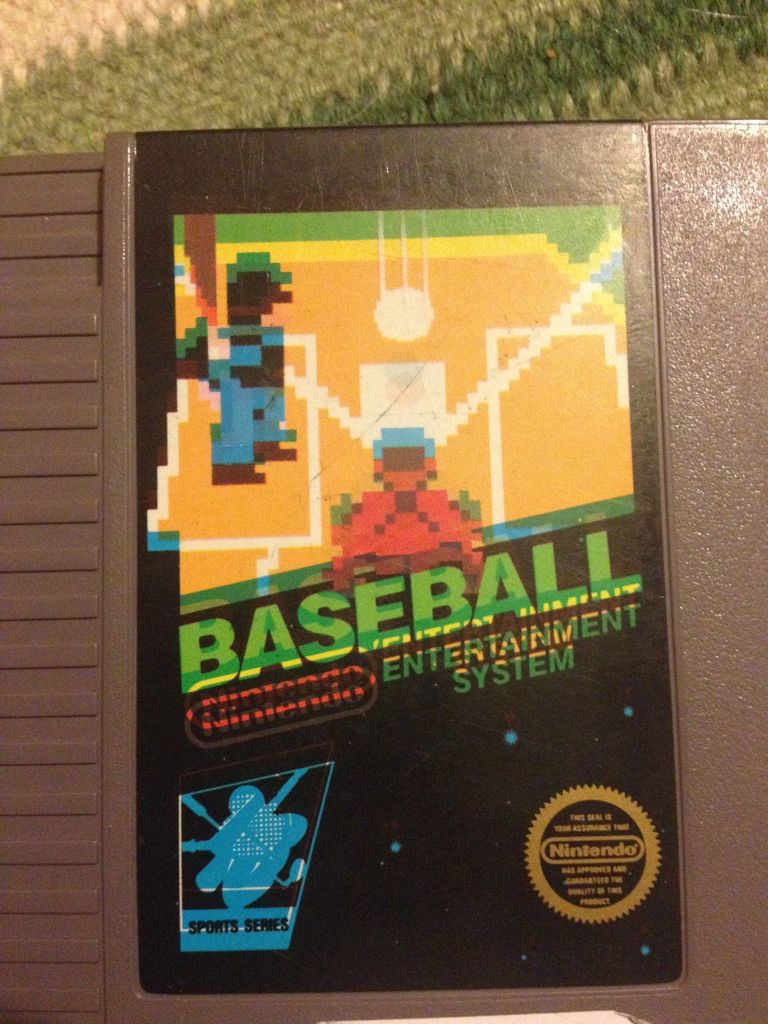 Next up is a Hogan's Alley Pal copy, where the black layer has been shifted to the side slightly. Here you can see the holes in the black layer resulting in half colored stars, doubling on the title and Nintendo Entertainment System text, as well as the light gun series box. 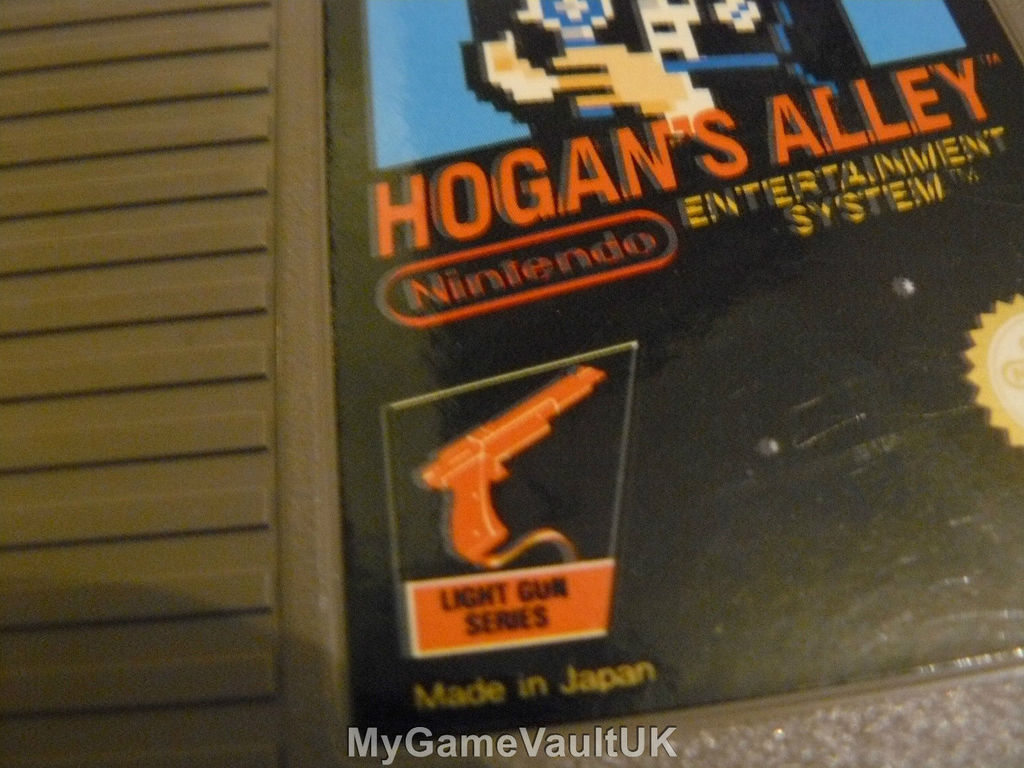 Now we have a slight misalignment of the special gold color which is used on the seals. You can see a slight white outline on both the seals of this PAL Spanish Soccer. 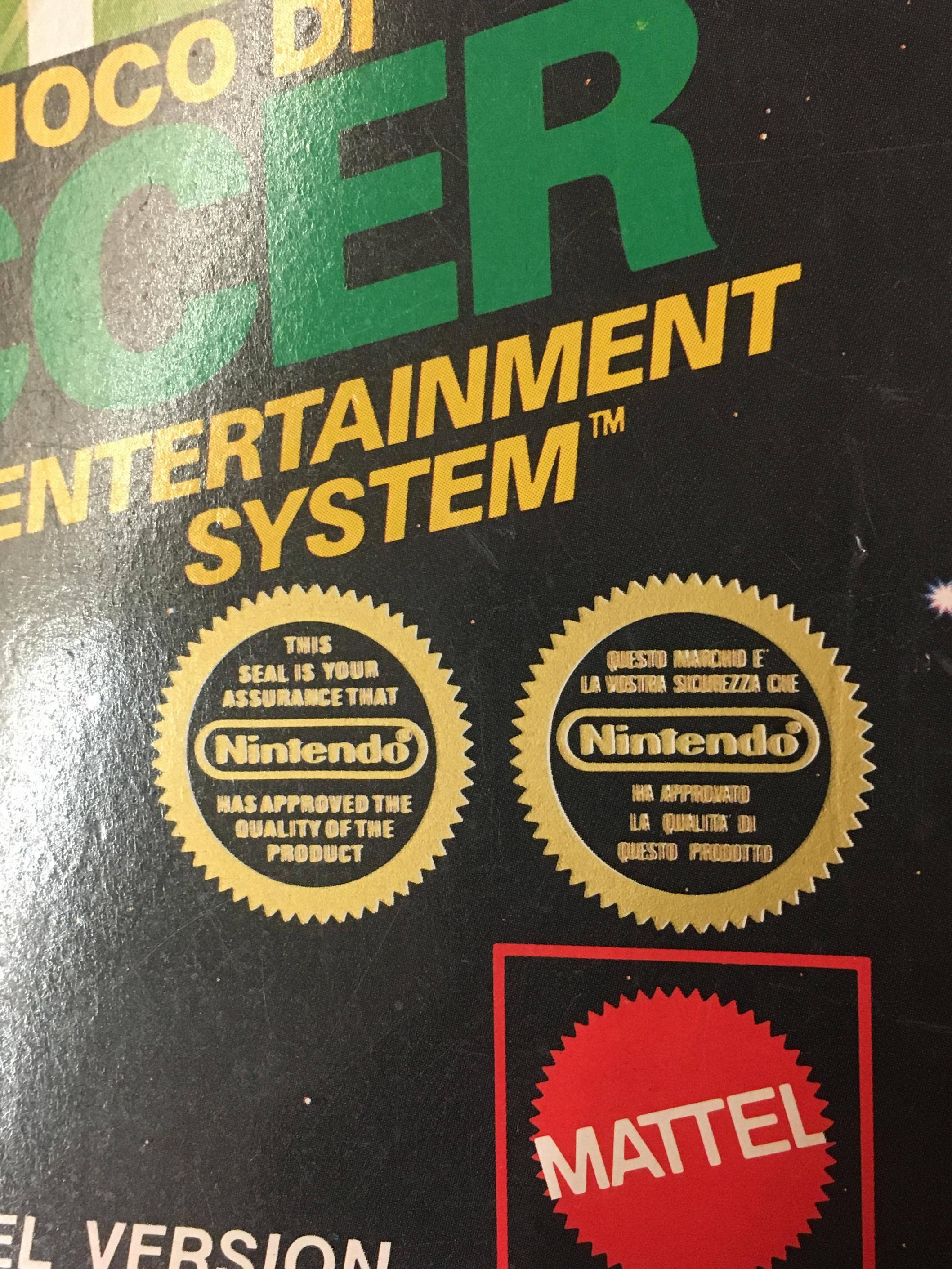 Let’s move on to other types of labeling errors. First, we are going to look at Excite Bike's labeling issues - it's as far as I know the only game to have both labels inverted. See the two carts below:

front label of the first cart: 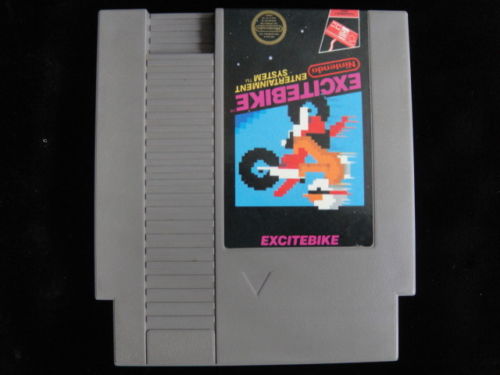 back label of the second cart: 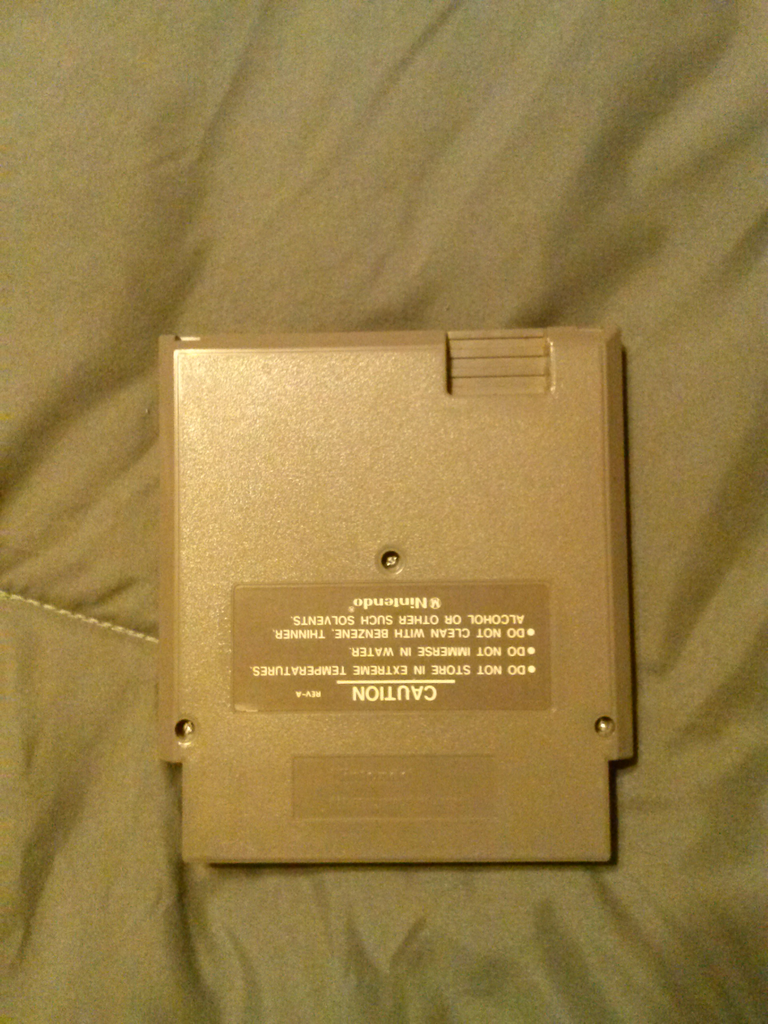 You will notice that the number stamped into the label is also upside down. 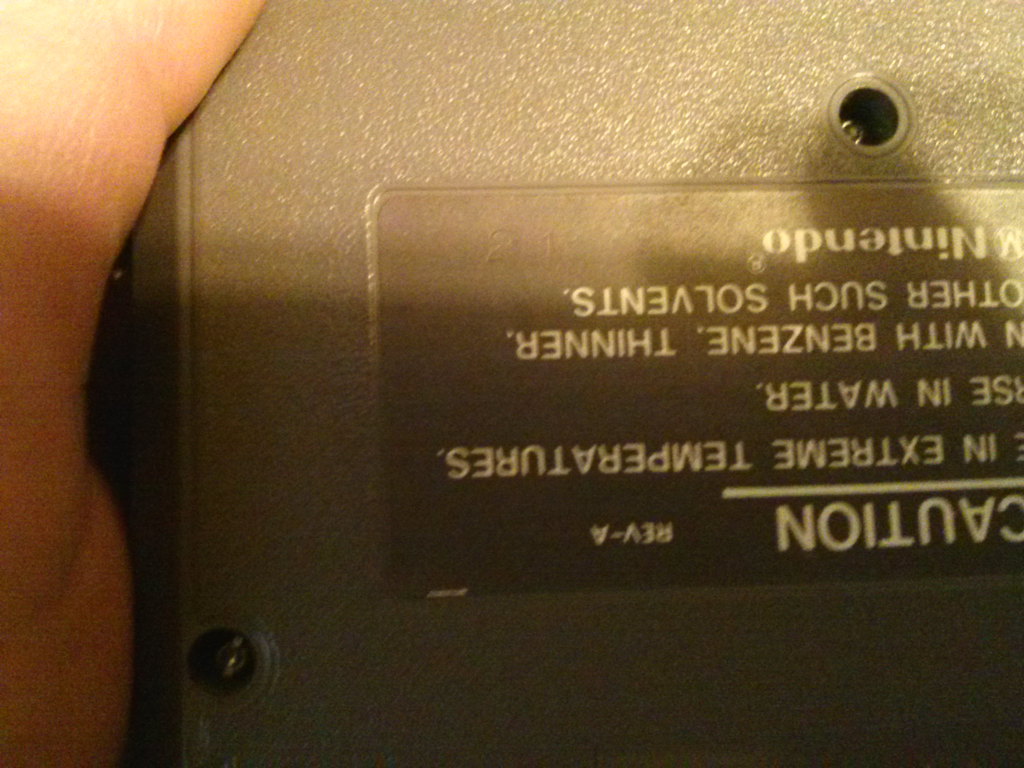 Next up is a Gyromite: 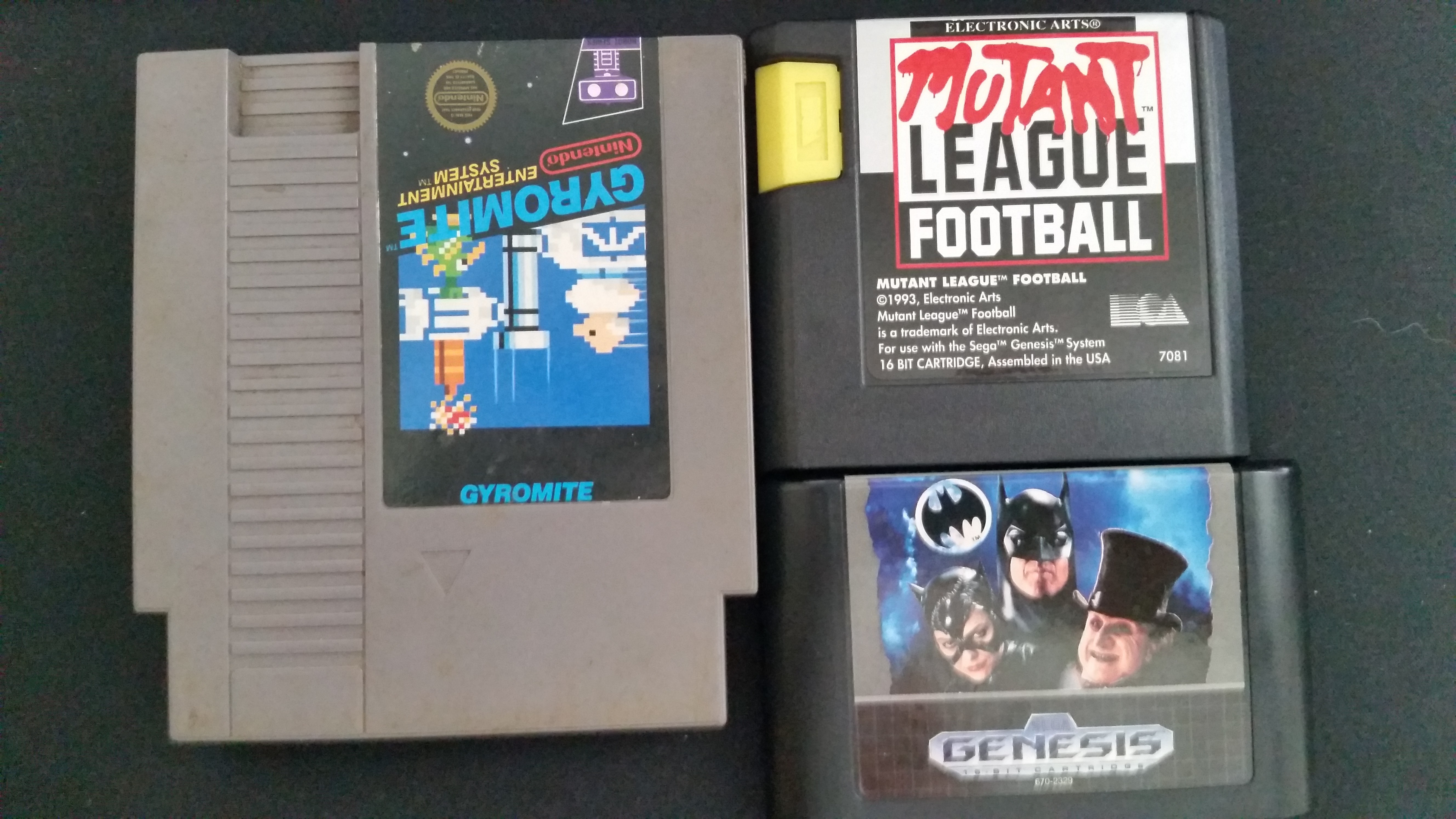 And also a Super Mario Bros: 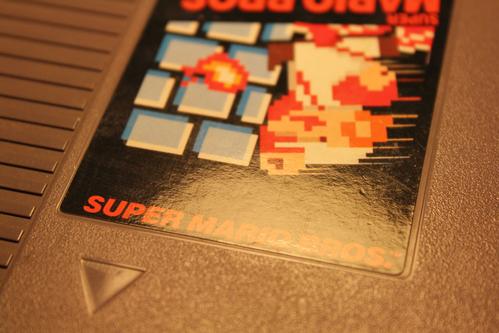 There was also a Super Mario Bros that has a double label - it should be noted that this was found on a cart with a refurbished chip on its board.

The Spanish version of Super Mario Bros has some interesting typos in it - Bowser Princess and jumping board are all named incorrectly. 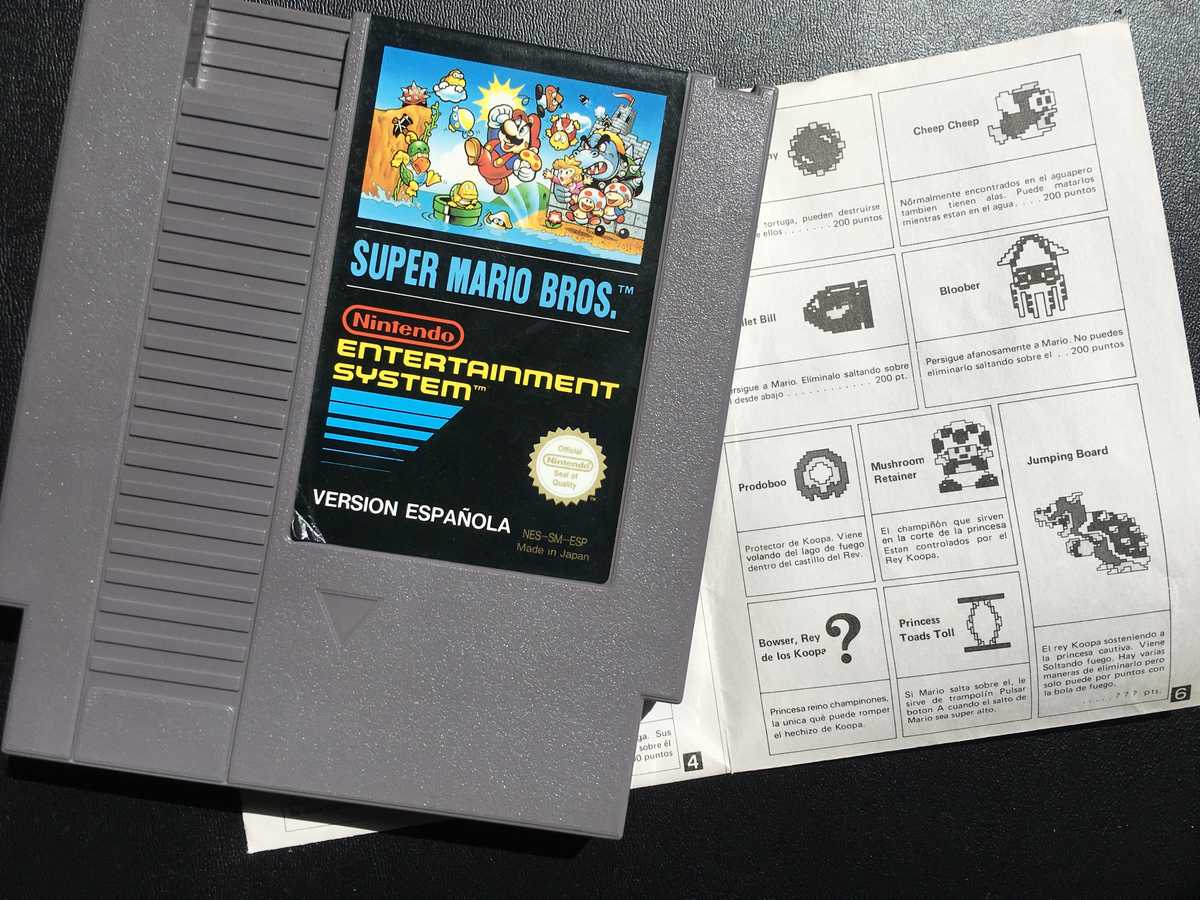 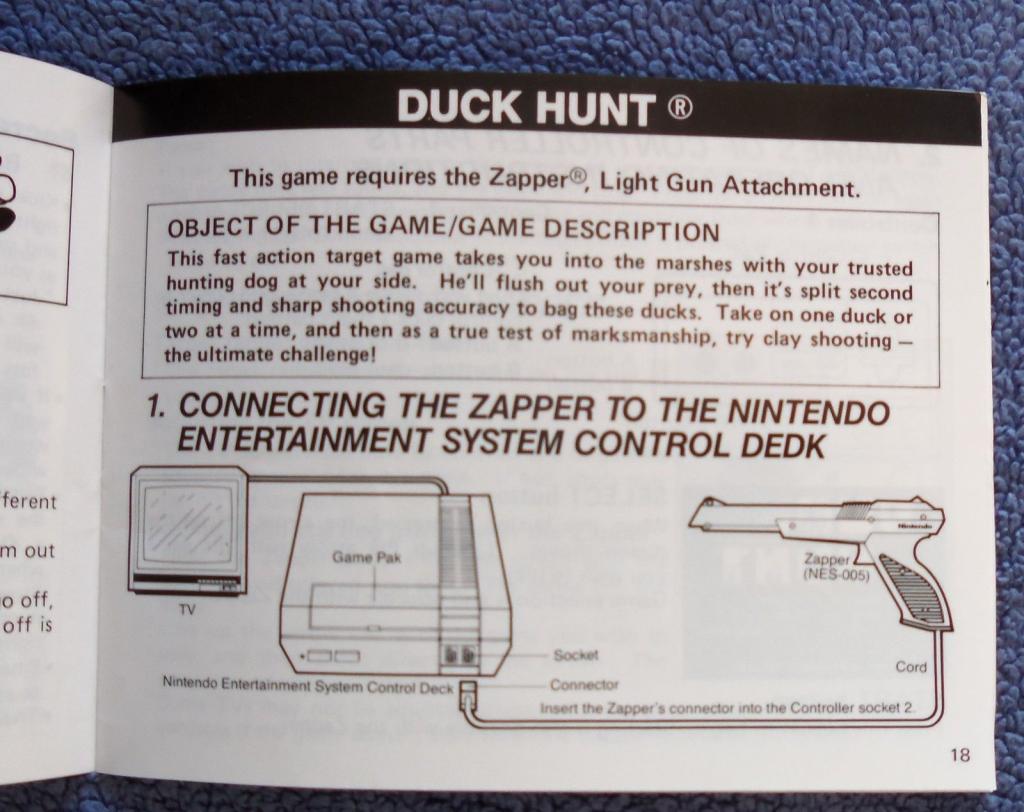 One Donkey Kong manual has only one side of the pages printed, so only half the manual. 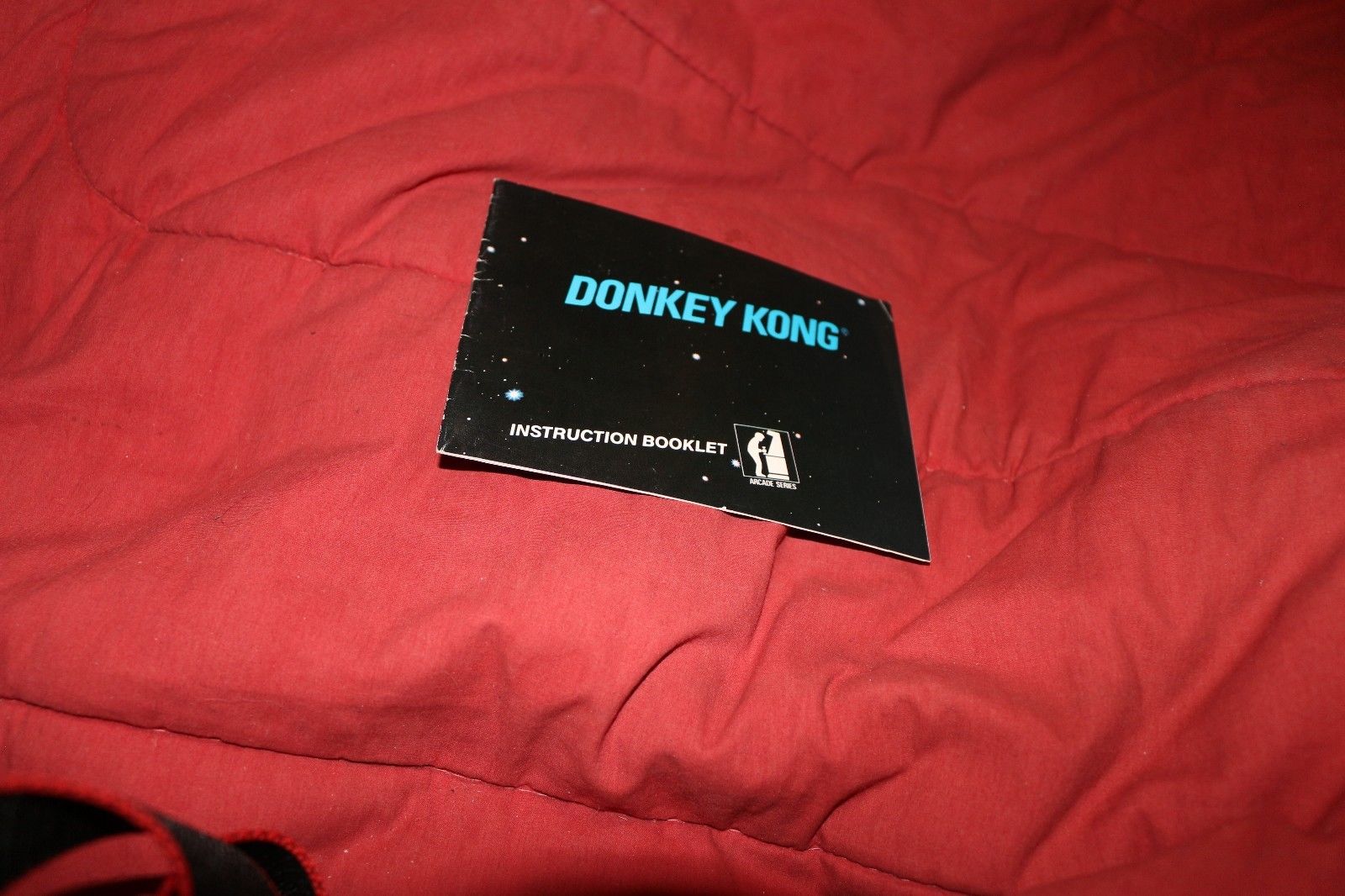 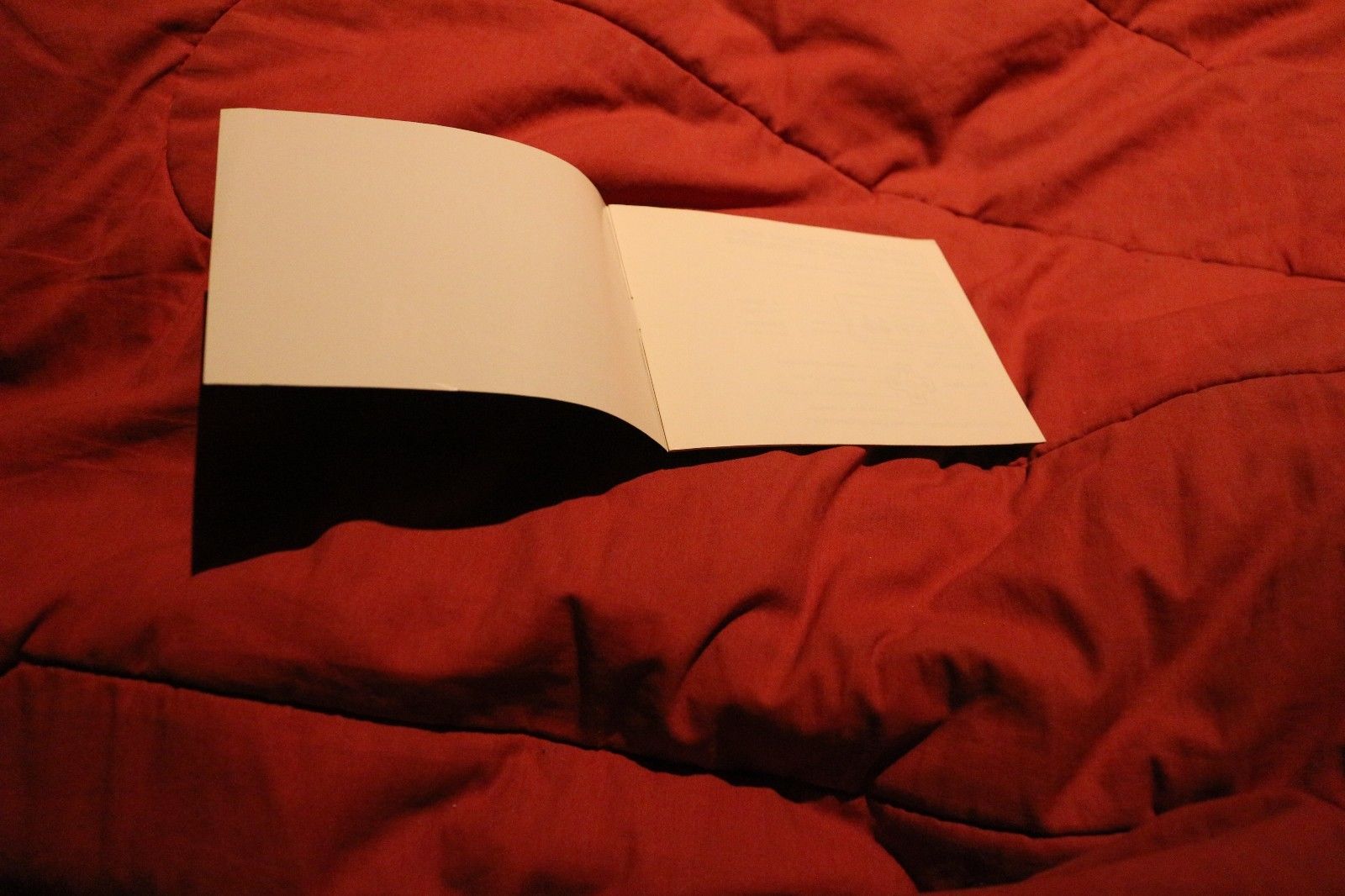 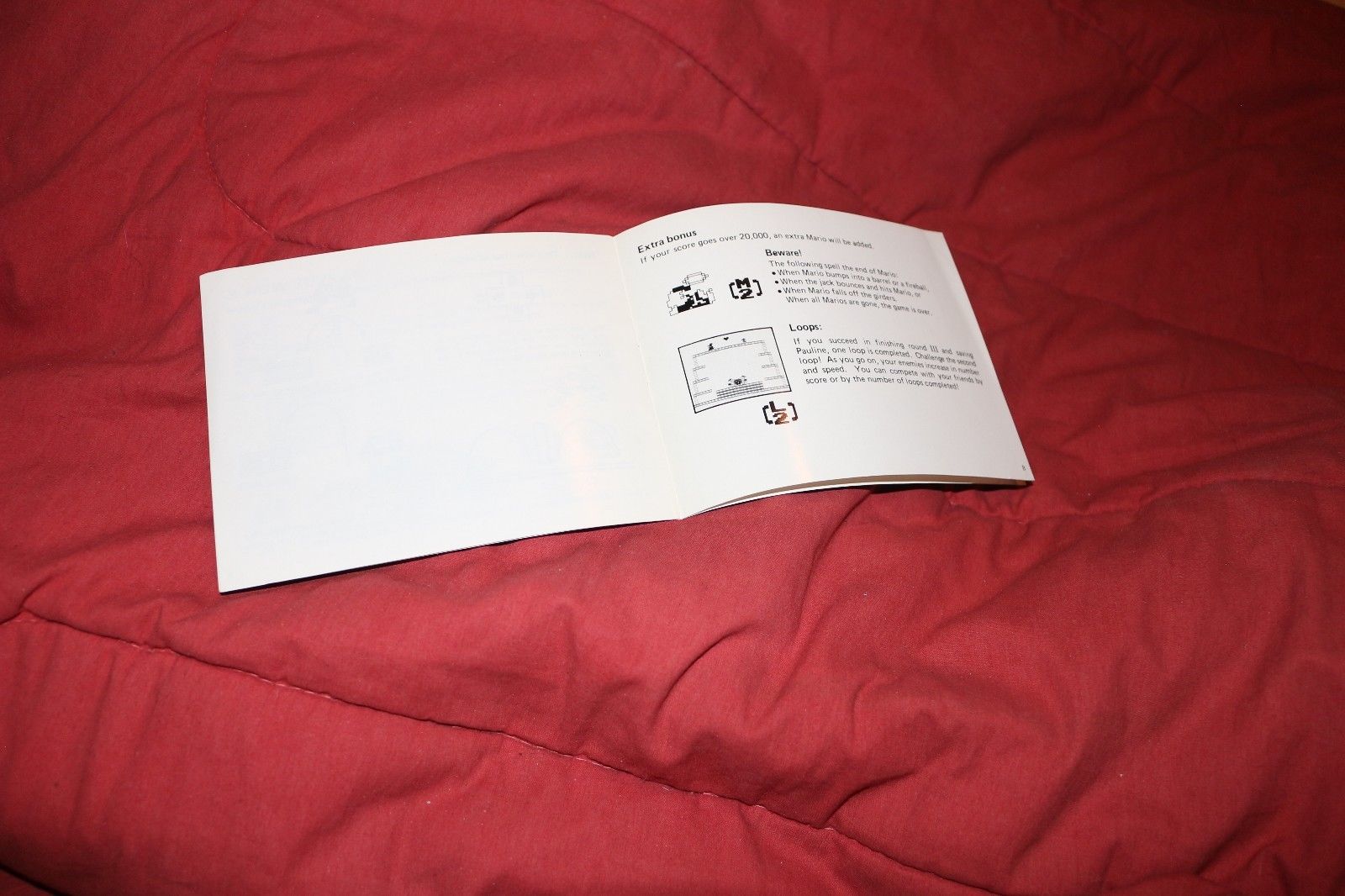 A small set of three black box games was discovered, where the tm symbol is scribbled out on the top of some of the carts. Those games are Duck Hunt, Excite Bike and Hogan's Alley. The reasoning for this is unknown. 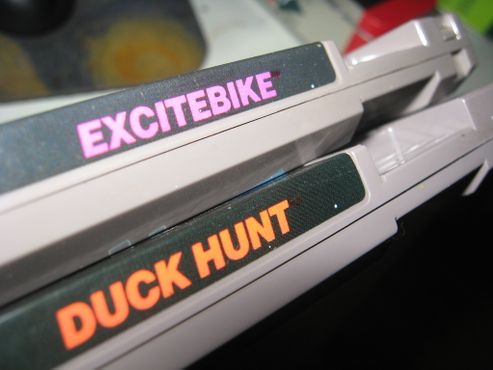 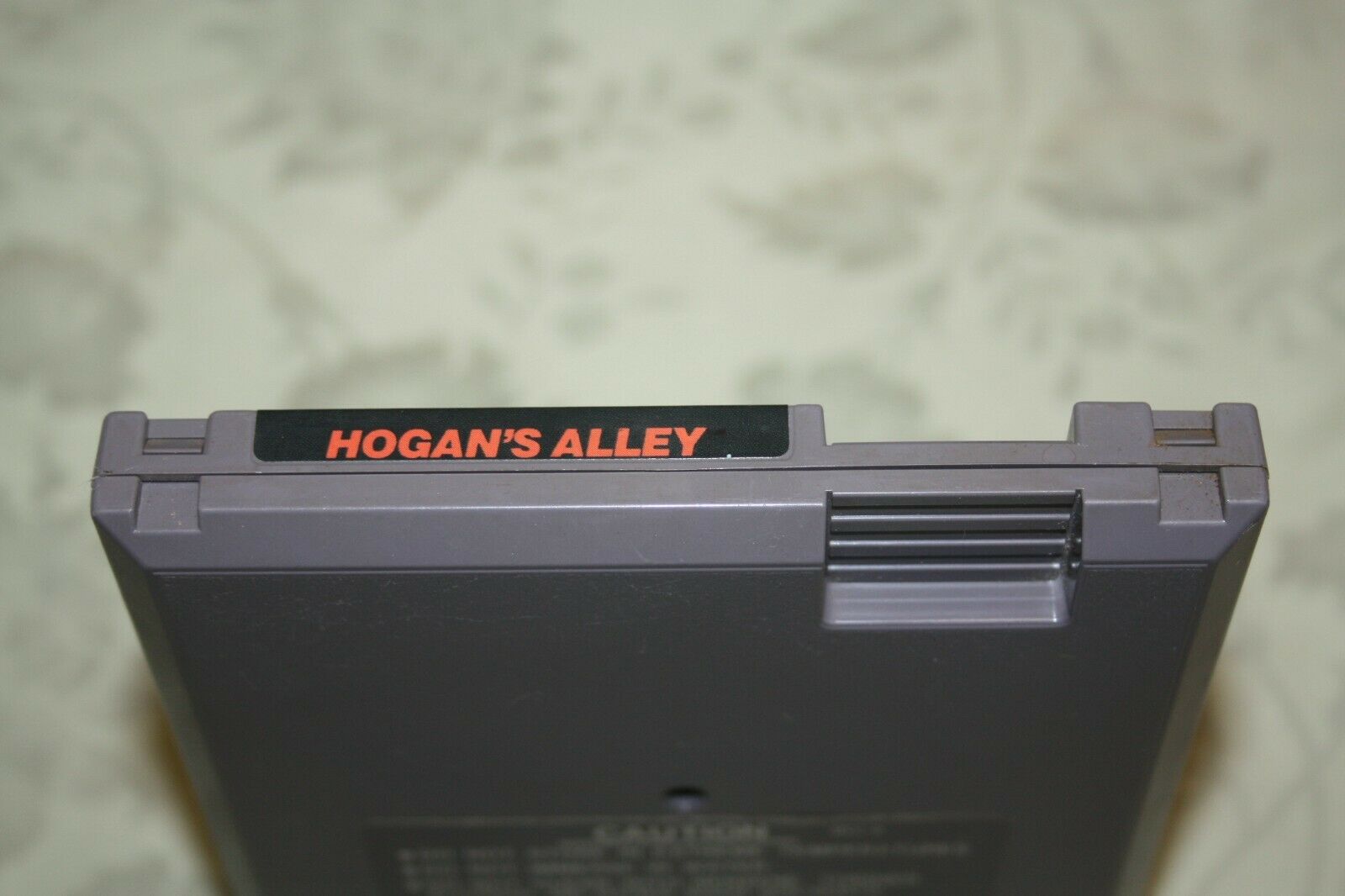 First we'll look at Balloon Fight. This box seems to be missing something very important - it's missing the seal of quality on both the front and the back, and is also missing the gold game ID which should be present on the box. The main reason behind this is because the gold color used for these was most likely turned off while printing this box. 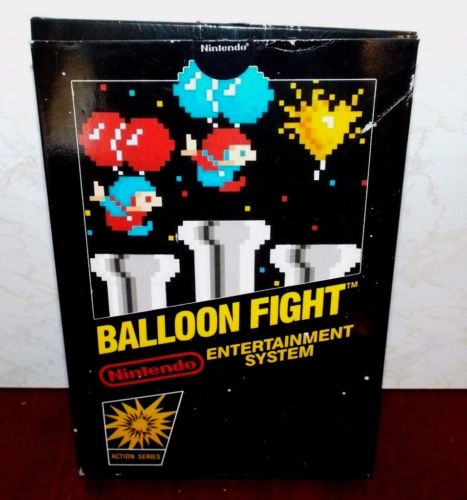 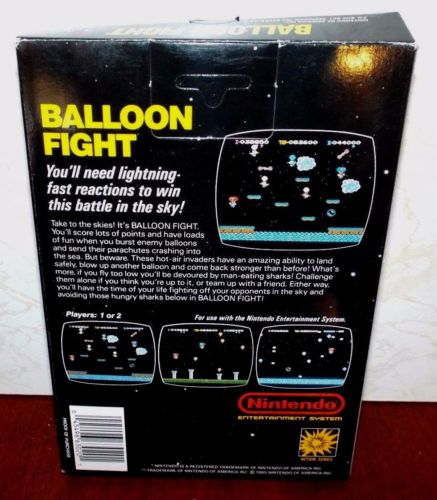 Next up is a Canadian Gyromite which has a small misprint which can be seen in the title on the front of the box There is a small sliver of white that shows up on the top of the G in the title. 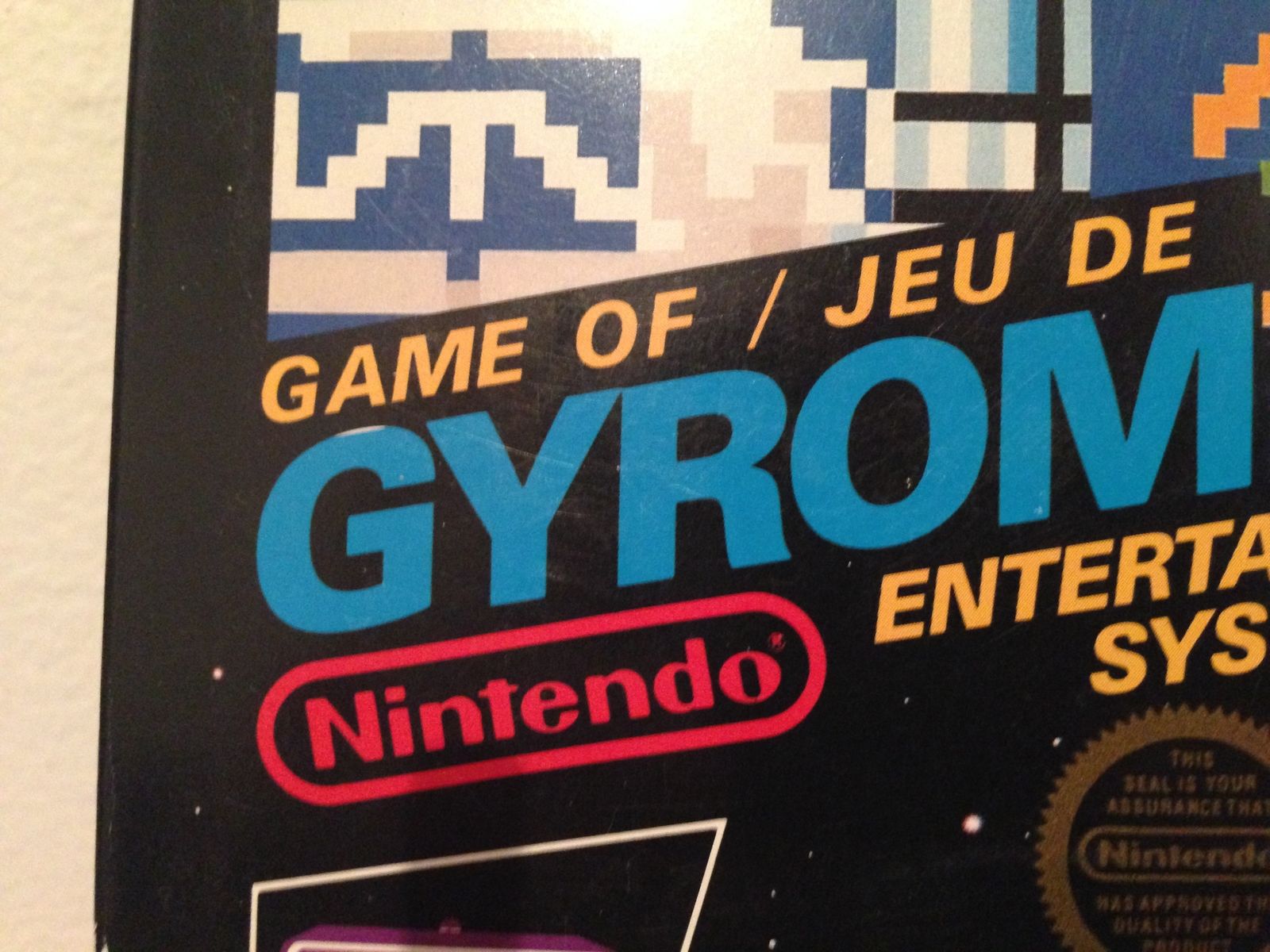 Lastly we are looking at two games that have errors which span over multiple pieces of the game. First off is Mach Rider - this neat little printing error shows up on the back of the box and the manual. The picture of the controller in the programmable series logo shows up upside down. 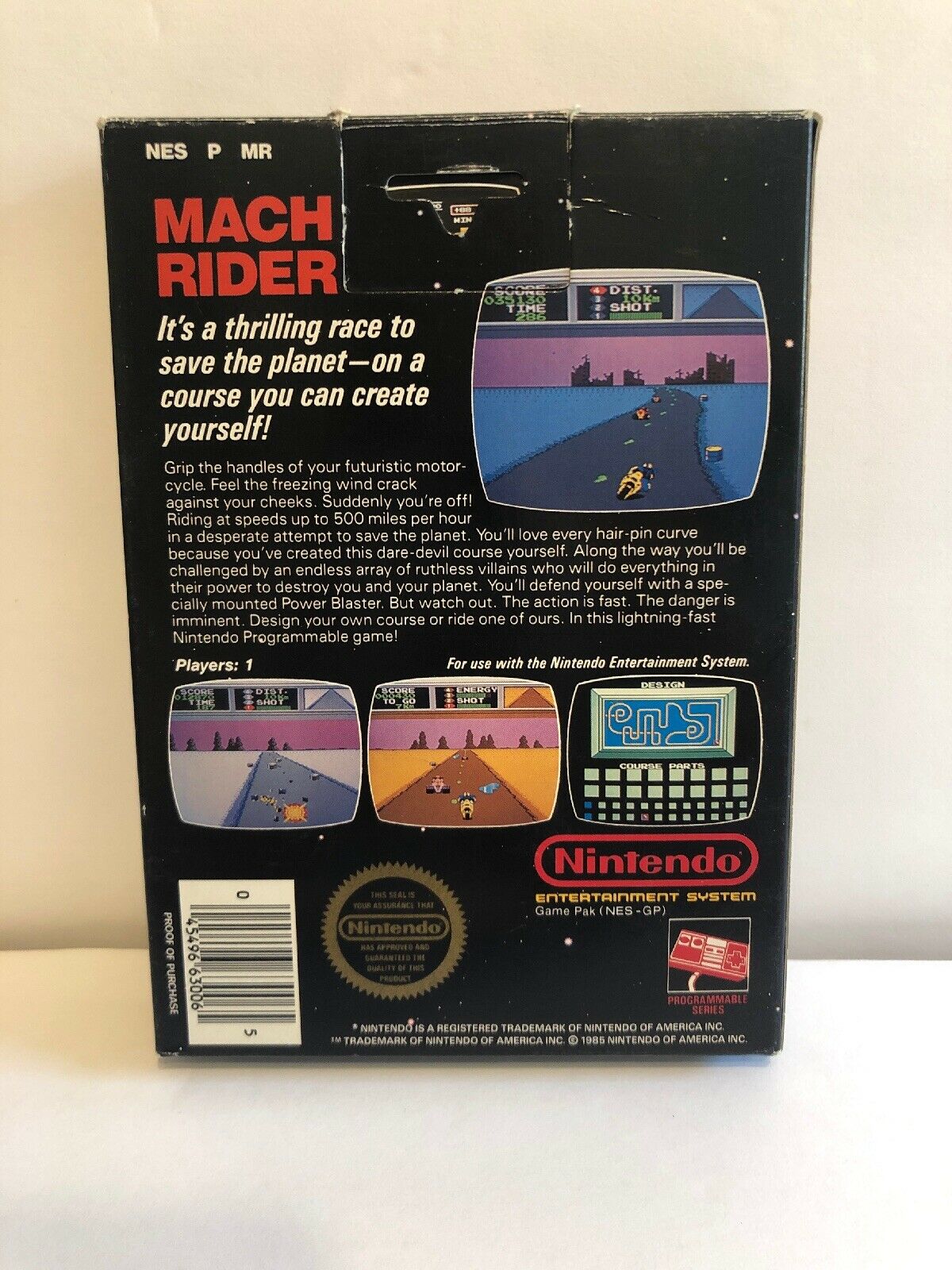 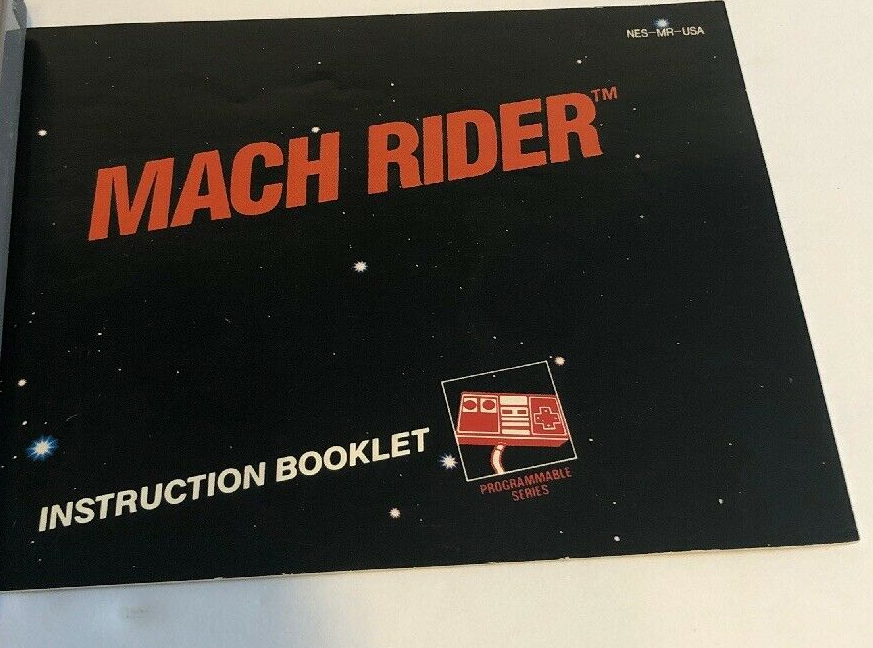 Next is a typo which shows up on Wrecking Crew’s programmable series logo - it shows up on the cart box and manual where they omitted one of the m's in the word programmable. 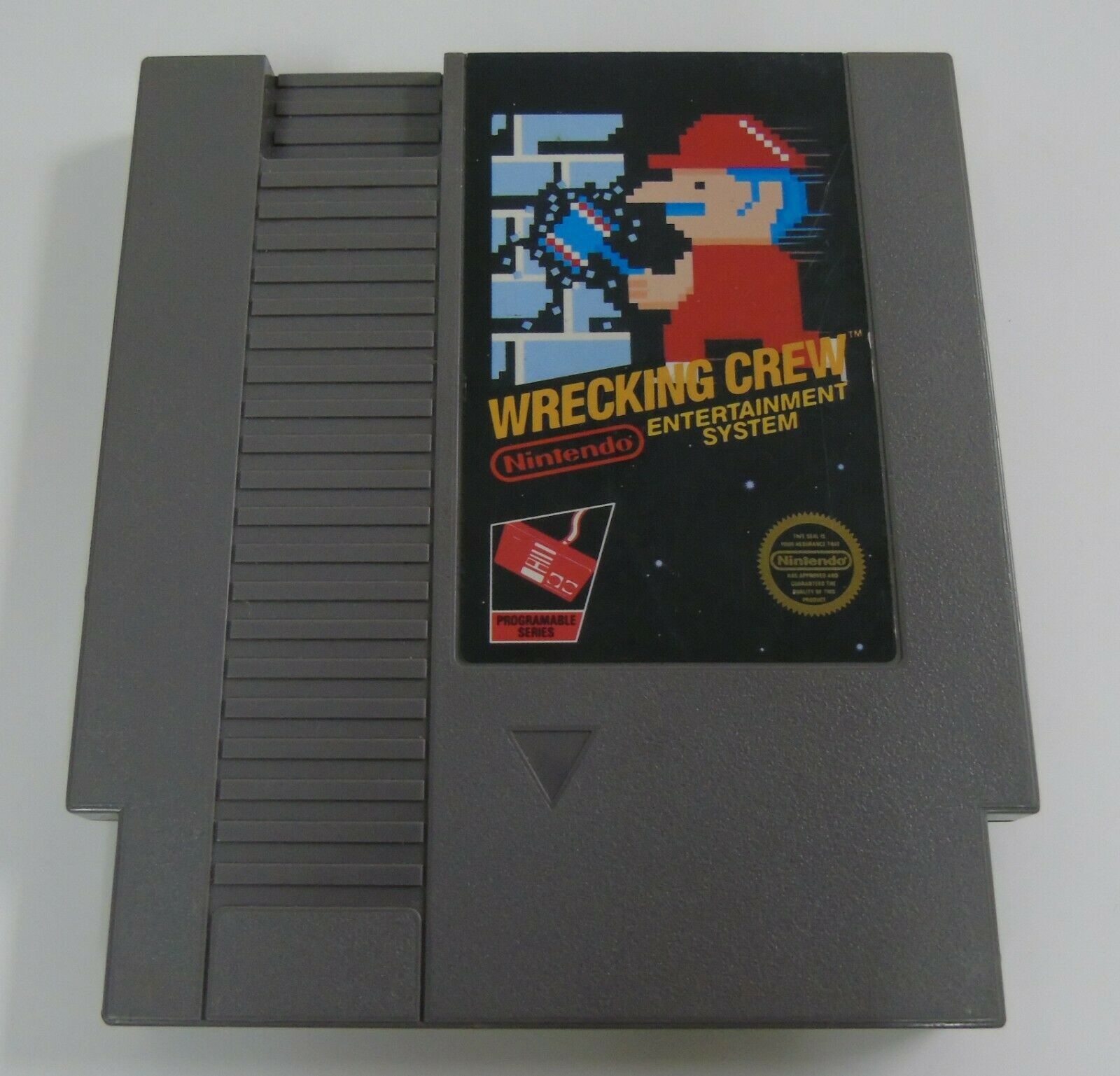 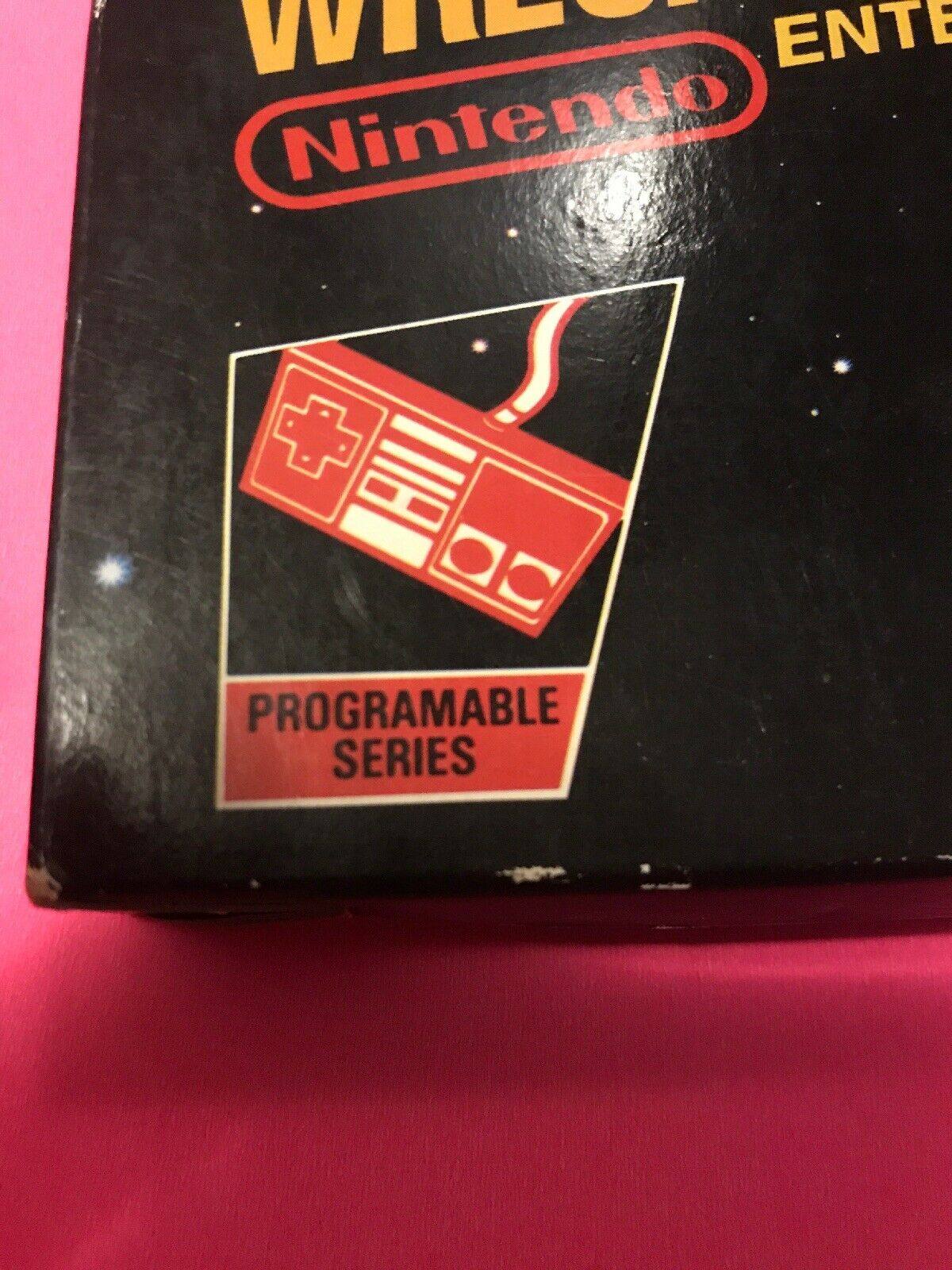 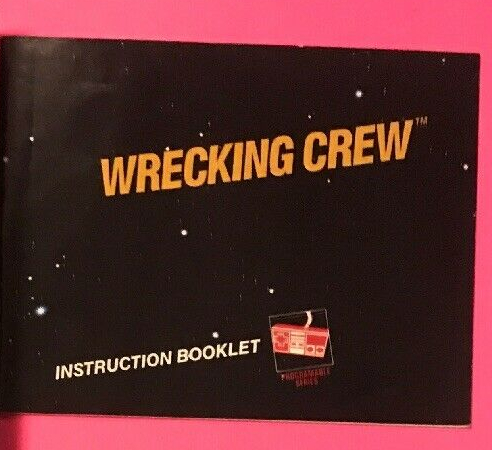 This has been a long look through some of the manufacturing issues with this series of games. I’m not sure of any others not listed here - if you happen to know of any, feel free to contact me.