Released in September 1987 for the nes Double Dribble another sports game for the nes, but one of the most realistic basketball games for its time. I personally am not a sports game fan and have never played this game. Personally I don't think I would get much enjoyment out of it, but it seemed popular enough to garner some sequels Thats not the reason why it made it into the error spotlight, the reason is this. 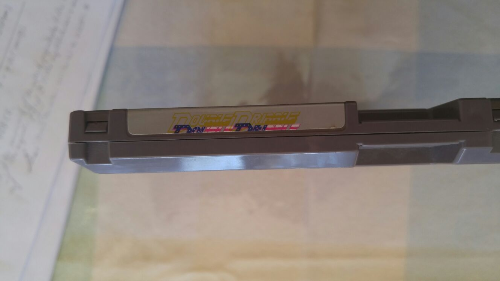 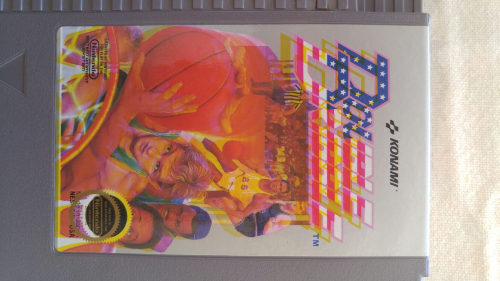 Purchased by Tom Cruise from Nintendoage.com from a local video game store for a nice $2.99 he had seen it up on the wall of common games it immediately grabbed his attention. He then asked for it to be set aside while he looked around the game had captivated him. He knew it was something special he knew of other error types never seeing one like this before. I had offered him $30 for it but he rejected my offer and sold it on eBay for $45. This very apparent error is caused when multiple of the CMYK plates become misaligned in this instance its the cyan magenta and black plates which became severely misaligned. resulting in most of the picture being lifted up except the yellow coloring. The gold seal is known as a special color and is applied separately and was applied last